The Acropolis of Athens is a rocky hill 157 m. above sea level and 70 m. above the level of the city of Athens. Its top is trapezoidal in shape, 300 m long and 150 m wide. The hill is inaccessible from all sides except the western side, where the fortified entrance, decorated with the splendid Propylaea, is located. 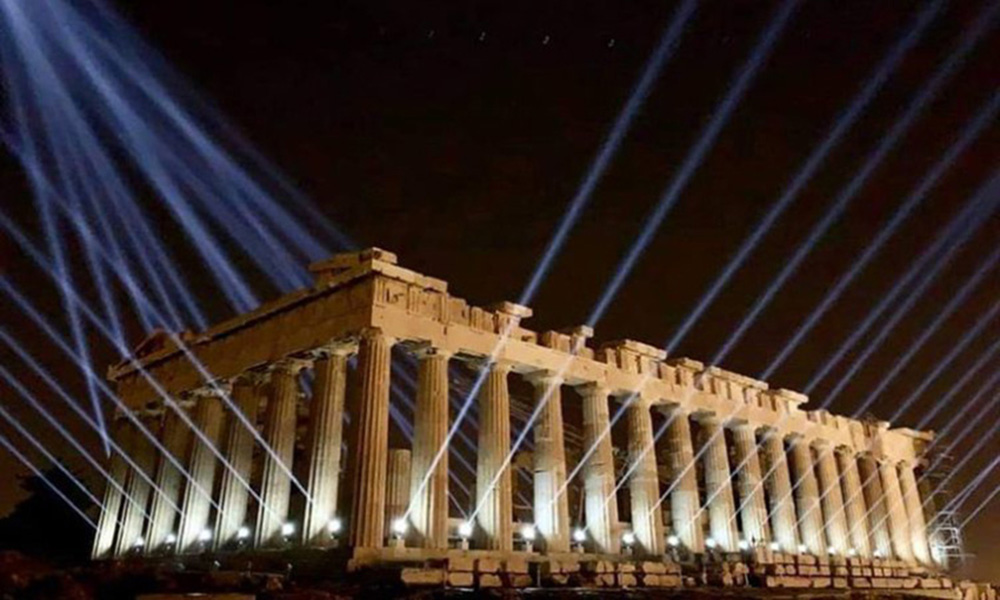 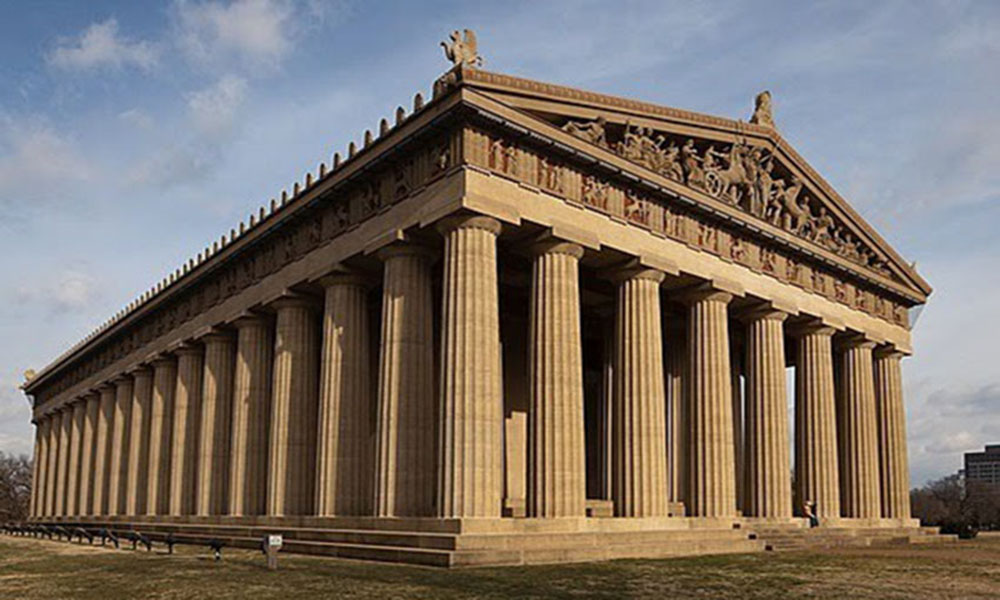 Parthenon is a temple built in honour of the goddess Athena, the patroness of the city of Athens. It was the result of the collaboration of important architects and sculptors in the middle of the 5th century BC. The time of its construction coincides with Athens’ ambitious expansionist plans and the political prestige it pursued towards its allies during the period of Athenian hegemony in Ancient Greece. The architects of the Parthenon were Ictinus and Callicrates.

The Herodes Atticus Conservatory, also known as the Herodeion, is an ancient conservatory of the Roman period, located on the southwestern slope of the Acropolis of Athens.

For more information about Odeon of Herodes Atticus click here. 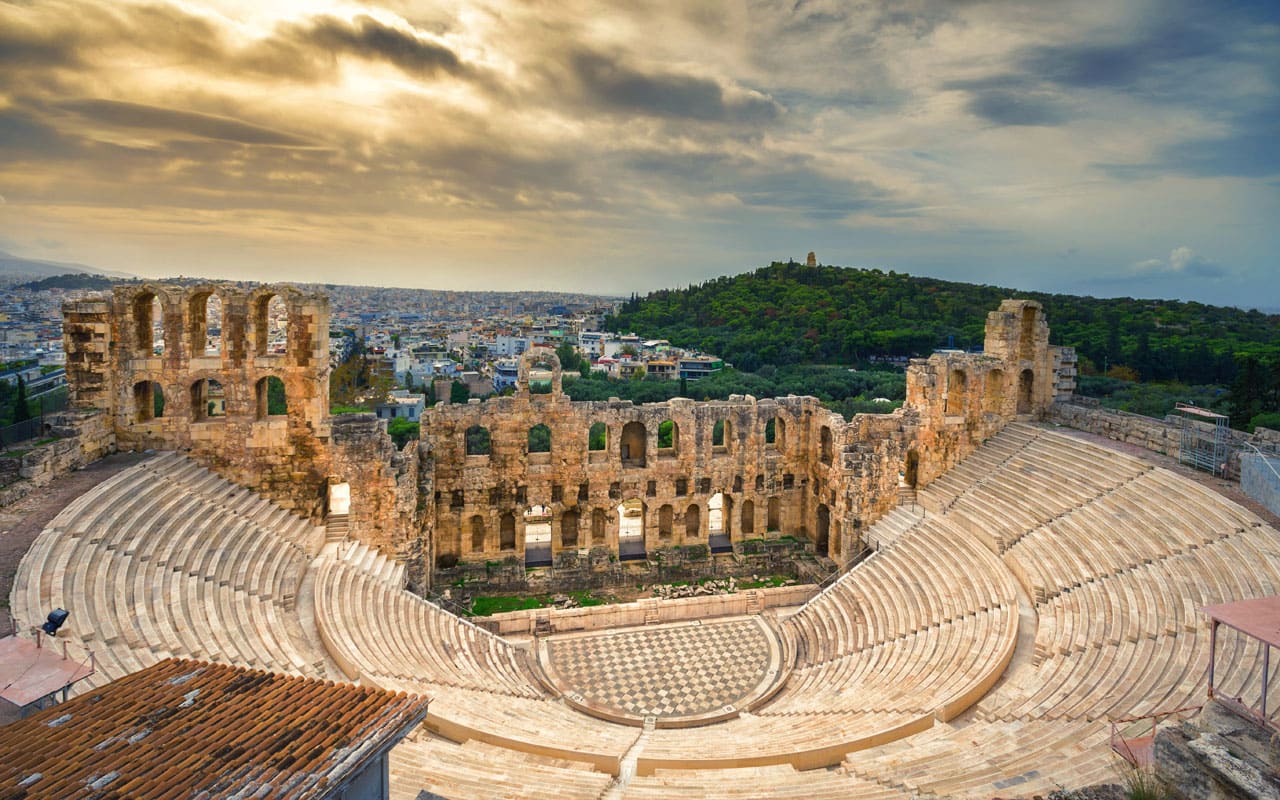 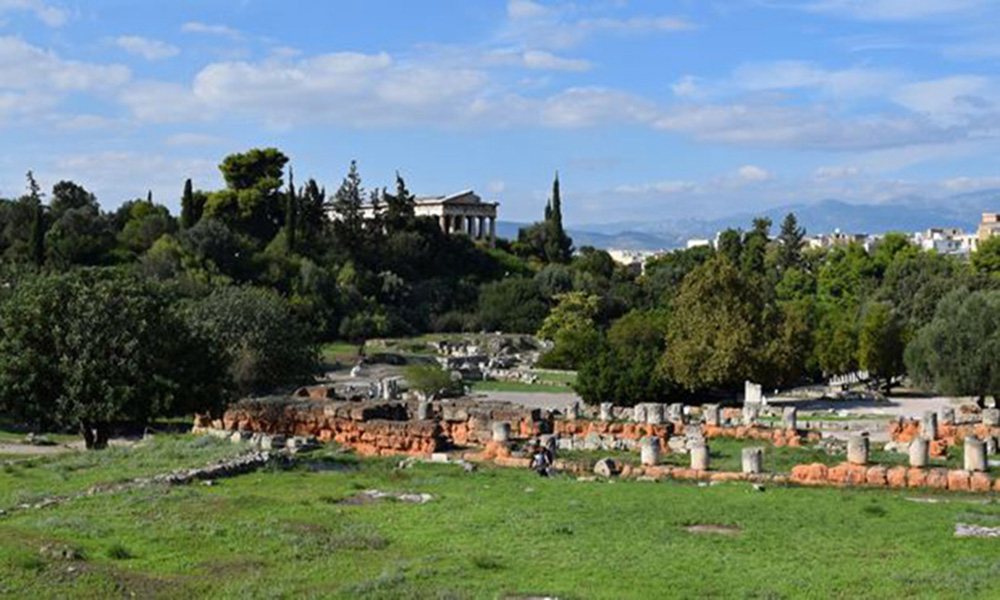 The Ancient Agora of Athens is the open space located near and northwest of the Acropolis. In antiquity it was the administrative, philosophical, educational, social, cultural and especially the economic centre of the city. The Ancient Agora was crossed by the Street of the Panathenaeans, from which the great procession to the Acropolis passed during the celebrations of the Panathenaeans, instituted by Pisistratus and held in the third year of each Olympiad.

For more information about the Ancient Agora of Athens press here.

For more information about the Temple of Olympian Zeus click here.

The Temple of Athena Nike or (as it was called during the Roman era) the Temple of Aptero Nike is a small amphiprostyle Ionic temple on the Acropolis of Athens. Here was kept the xanoanum of the goddess Athena Nike, the “apteros”, i.e. without wings, so that she would never leave the city of Athens.

For more information about the Temple of Athena Nike click here.

The Hadrian’s Gate (or Hadrian’s Arch) is a monumental gate that resembles – according to some views – a Roman triumphal arch. It covered an ancient road from the centre of Athens to a complex of settlements on the eastern side of the city, which included the Temple of Olympian Zeus. It is thought that this gate was constructed to celebrate the arrival (adventus) of the Roman Emperor Hadrian and to honour his many benefactions to the city, on the occasion of the dedication of an adjacent temple in 131 to 132 AD.It is not certain who commissioned the construction of the gate, although it is likely that citizens of Athens or other Greeks were responsible for its construction and design. There were two inscriptions on the gate, in opposite directions, which identified Theseus and Hadrian as the founders of Athens. Although it is clear that the inscriptions honoured Hadrian, it remains uncertain whether they refer to the city as one or whether they divide the city into two parts (the old and the new). The original idea, however, that the gate was located on the ancient city wall, and separated the old and new parts of the city, has been shown to be incorrect by further excavations. The gate is located 325 m southeast of the Acropolis.
325 km from the city centre, at the south-eastern part of the Acropolis.

For more information about the Hadrian’s Arch click here. 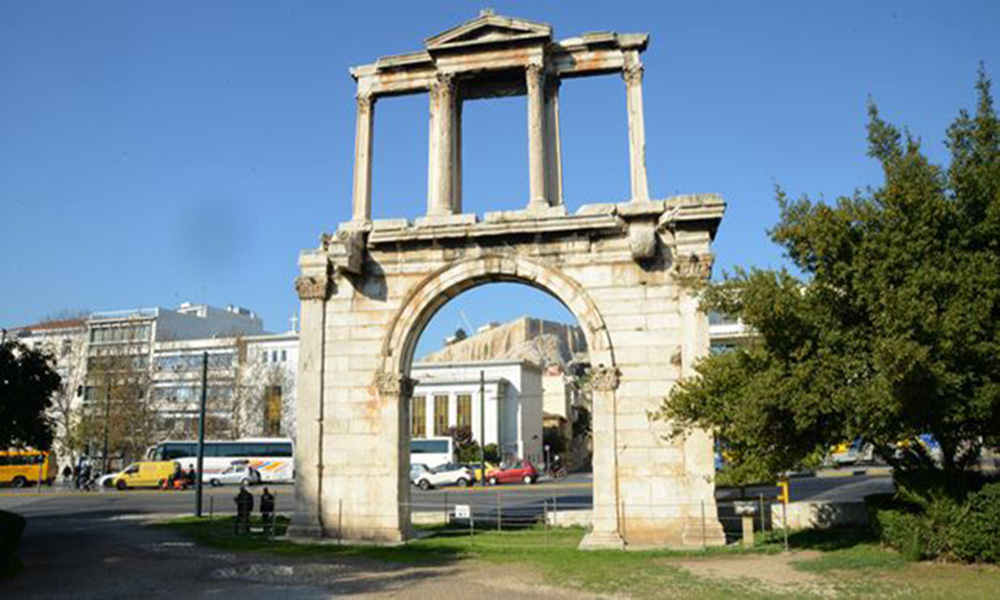